From frost and snow to Firenze! 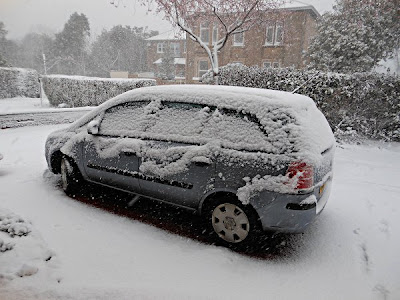 Well helloooo folks. Waking up on Friday the 22nd of March to the snow was somewhat bewildering to say the least. I know it caused chaos for many people with power cuts, traffic problems and several accidents. Selflishly I was only concerned about my flight from Glasgow to Florence via Amsterdam and my friend, Catherine's ability or should I say desire ... to drive in the extreme conditions that we had found ourselves in. The snow seemed to have decided that Largs was the place to be. Unusually for us on the coast, we were "enjoying" weather that is more often found in Arctic regions. The journey to Italy on the 22nd of  March was certainly eventful, however I arrived safely at my hotel, Plaza Lucchesi in the centre of Florence, at midnight and didn't need any rocking to sleep...

Next day, up and about, enjoying the sunshine and excited, as I am going to meet two friends for lunch. Cristina, on the left of the photo was my Italian language teacher at school on Elba last year and the other "amica" is Manuela, Cristina's sister-in-law who organises the school in Elba. check out www.ABCElba.it and of course www.parola.it the associated school in Florence. You can see Florence stretching out behind the girls and notice the fact that it is a sunny day. After this day the weather became somewhat damp... as in the heavens didn't know how to stop their precipitation. However at least it wasn't snowing!

Saturday was to be an adventurous day with a visit to a museum and garden that was only going to be open that specific weekend. How lucky were we... The hotel I was staying in was on the river Arno and really close to Santa Croce, one of my favourite Florentine churches and the piazza is a delight in itself and just round the corner from the school I was going to attend for the week... 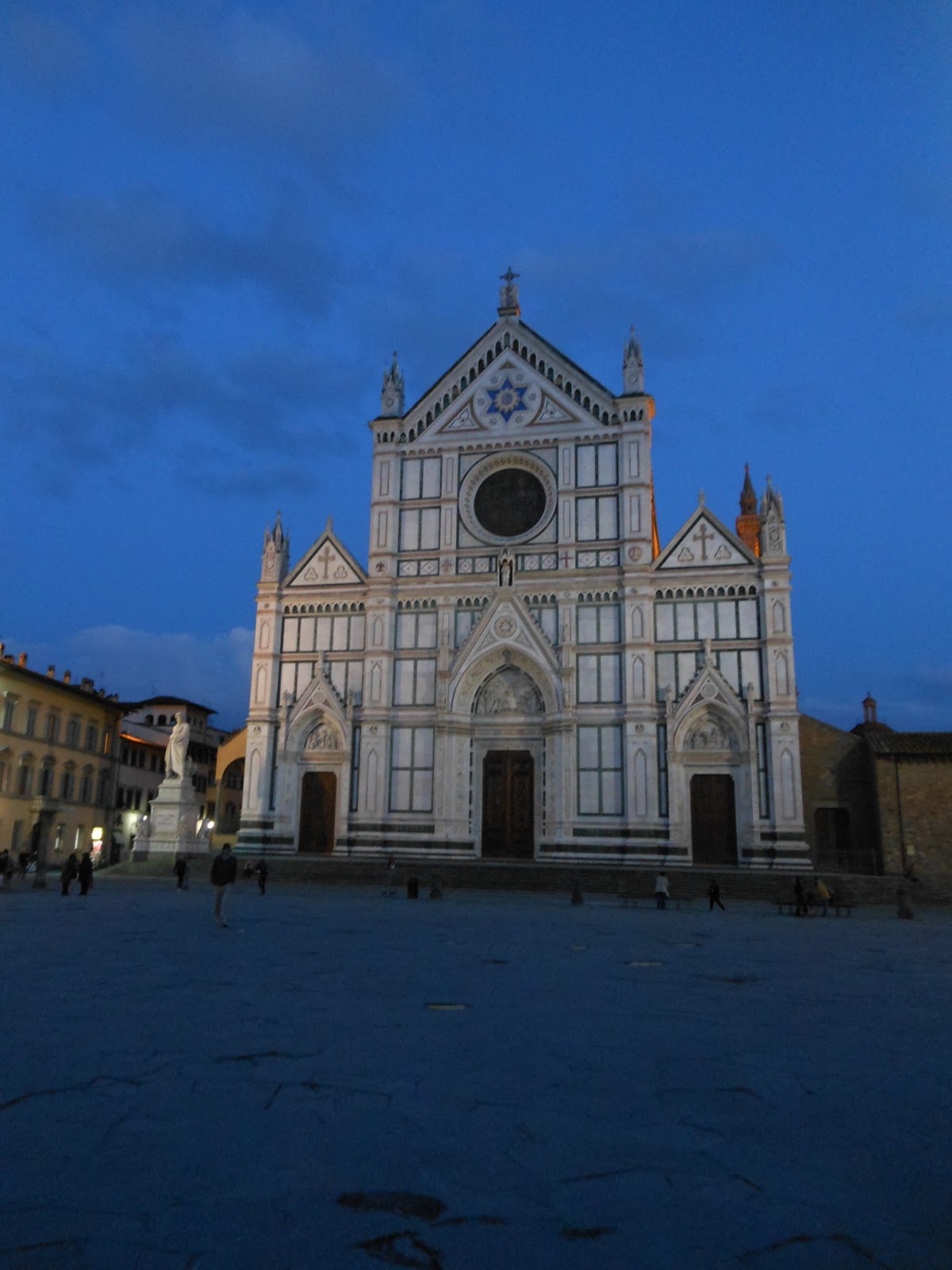 So what about the school - it was brill or should I say "meraviglioso!" Learnt lots, laughed lots and chatted in my own version of Italian - lots! 2 hours of grammar followed by 2 hours conversation in the morning and then my private lesson with Cristina for 2 hours every afternoon... That was the more official side of my education. I also had the numerous museums to visit, churches to see and meals to enjoy... and yes there was an occasional glass of wine to sip while I watched the world go by. I can thoroughly recommend watching the world go by. Learning to take time out and watch while people rushed around was the most educational experience of my 11 day stay in Florence...

Visiting Florence is like living history and visiting the city gives you a sense of past times. Medieval beliefs are on every corner, in every church and within every museum. I also treated myself to a promised bus trip to nearby Fiesole, an ancient Etruscan town on a hill overlooking Florence. This was an important centre until the Romans came and decided that the river traffic, as in trade, was a more important feature of life than the protection of an inaccessible hill summit civilisation that is at the centre of all Etruscan towns. 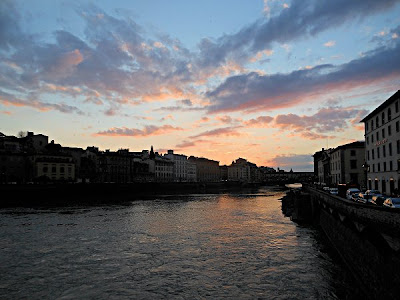 The city of Florence itself showed its many colours to me during my stay whether in a downpour when I had to skip through puddles to get to my destination, a restaurant called Il Cibreo where I was offered a glass of prosecco and hairdryer (both much needed)... or when the sun set over the Arno (as in photo) and delighted me on my leisurely walk home from visiting one of the many museums that proliferate the city. So all in all would I recommend Florence for a visit... most certainly. Just be prepared to take your umbrella with you!

Life's Surprises! Genie is out of the bottle and I am needing bottle!

Life is full of surprises... there I am attending Italian class every Thursday afternoon. Enjoying the banter with the other students and progressing slowing with my conversational Italian... piano, piano as they say... when some homework made my life change unexpectedly. We were reading about Ugo and Piero in the Italian class, Ugo was a risk taker and gung-ho type and Piero was more restrained, more inclined to ponder before doing. Our teacher, Angelina Smith asked us to write about something we would like to do in the manner of Ugo. I decided to write about skydiving for a charity. The charity I chose was Canine Partners and I described the event in Italian with all the gusto I felt Ugo would put into the event.

Now about 3 years ago I had looked into tandem skydiving for a friend and myself to do, just for fun. That friend was Zoe Maclean, a girl I have known since she was 10 months old and who is now 28! Zoe's life is curtailed by the need to use a wheelchair due to having had problems at the time of her birth. The condition's label is Cerebral Palsy... however like many others who struggle with a limitation of physical function Zoe is one smart cookie! and in our world we don't do labels! not even Versace! well maybe Versace once in a while!

3 years ago I couldn't find a company that would provide the skydiving service for Zoe and myself and so we let it go... however the non-conscious has a way of making things happen. When I teach people to manifest using universal laws I always say "Ink it, don't just think it" and then add "talk about it with passion and joy". So just less than 3 years after the first thought, I find myself doing just what I recommend to others... thinking about skydiving, writing about it in Italian, passionately sharing it with the rest of the students, talking about it with Zoe's Mum and lo and behold the genie is out of the jar and Eileen is Tandem Skydiving on the 3rd August for Zoe and Remus, Zoe's canine partner. Surprise... surprise! If you want to contribute to the charity please visit. www.justgiving.com/Eileen-Auld