Goldilocks and the Three Bears


Photo taken by Goldilocks aka my husband, Andy  when we were on an impromptu visit to Canada last month. Gordon, the younger son, is working in Whistler, BC just now and his girlfriend, Lianne is now working there too. We were only in Canada for two weeks but managed to pack a lot in, including zip lining... 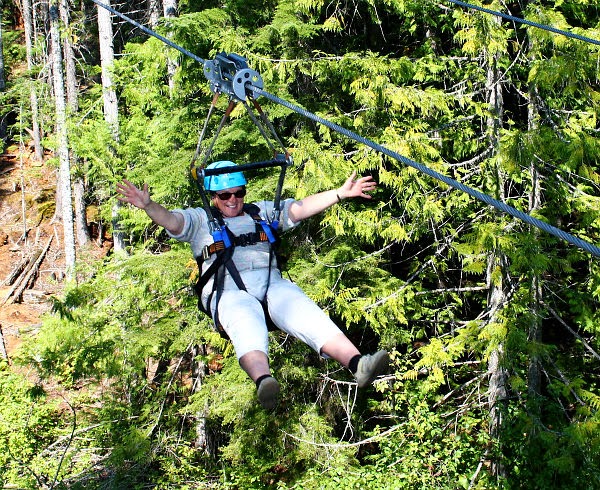 ... golf and spa. Well I was "spa-ing" with Lianne and Andy was golfing with Gordon!

Lots and lots to see and do in Whistler. We were there when there was an international mountain biking competition, Krankworks, and the town was buzzing. Everywhere you went there were people in plaster, using sticks and elbow crutches or just limping and showing off bruises and scars. Although those last ones may have been the ones dancing on the tables! Mountain biking is not a sport for the faint hearted or even the sane!

We included many gondola and chair lift trips into our schedule and saw the mountains from their best perspective, the top! 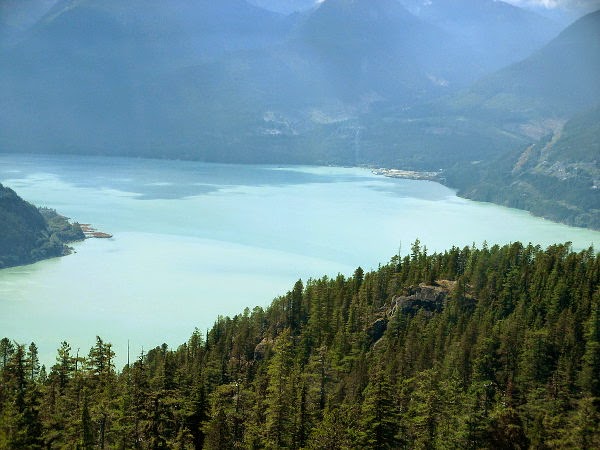 We even had a fleeting glimpse of a brown bear and met many, many chipmunks and marmosets. Whistler is so called after marmosets who live on the mountain and whistle!

It was wonderful to spend time with Gordon and Lianne, meet their friends and get acquainted with the place they now think of as home. It was also wonderful to experience the expansive countryside and get some understanding of what the land means to The First Nation. This is the name given to the people, whose ancestors first came to that part of the world approximately 11,000 year ago... give or take a decade! They consider many of the rivers, lakes and mountains to be a spiritual expression of the land and recognise many places as healing sanctuaries. No need for spas for them. One such place is the series of lakes called the Joffrey Lakes. 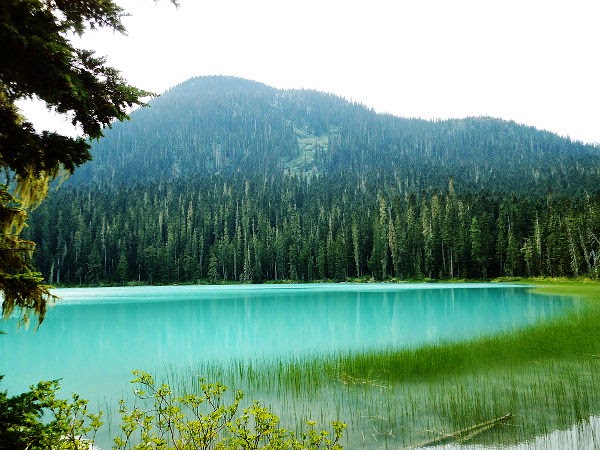 This photo is of one of the Joffrey glacier lakes and just looking at it makes you feel so much better!

The First Nation have so much to offer us... not just the sharing of the land - they don't believe in ownership of the land - but also the connection that they have with nature. Respecting it, by honouring and taking care of it. We can copy their example in our own back yard and cherish all that we have been given... and I include the opportunity to zip line amongst those gifts!
Posted by Eileen Auld at 08:21 No comments: