Do you notice how sometimes change can come insidiously, as in little by little, by almost imperceptible alterations?

One example being the wrinkles that time etches on the face or perhaps the pounds that miraculously gather around the waist!

And then there is the other type of change. The tsunami! 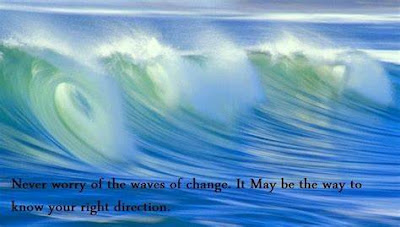 The sea of change that alters not just one's face but alters the whole face of life as we know it... and brings what seems to be a hundredweight of challenges with it.

For some, this is when a health diagnosis hits home. For others, it is when war, famine, poverty and/or pestilence - the whole four horsemen "thingy" come riding into their own backyard.

Over the past week, changes in the UK's political scene preceded major changes in Britain's Monarchy.

The tsunami of change that Our Queen, Elizabeth had died and naturally her successor Prince Charles, was now King Charles III.

There has been much said about Queen Elizabeth's life and works, and her remarkable reign. She was an amazing monarch, with inspirational qualities and her life is deserving of all the praise that is being showered on our memories of her.

However I don't intend to dwell on the past or indeed what the future holds for any of us, in this blog. My only thought at this time is to recommend paying attention to the seas of change that are all around us.

They carry us forward and require us to play our part in whatever way we can. When such a state of change happens, such as the rocking of the establishment, the changing of the guard, watch out for all the reflections of change in your own lives and like Elizabeth,  rule steadfastly and sail safely through... wherever the tide takes you. 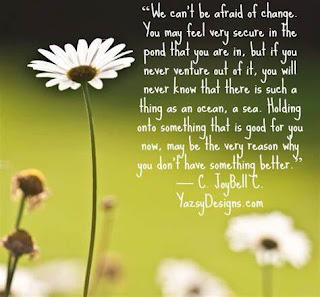