Life's a journey - enjoying the journey from Fort William to Mallaig.

This is a very famous viaduct, thanks to the fame of the Harry Potter films. However it has been around a lot longer than Harry's celluloid career and is inspirational whether you are enjoying the train journey or just admiring the scenery as you travel through some of the most breathtaking scenery in Scotland.


The west coast of Argyll is a place I was very familiar with, when growing up in Oban and holidaying every summer in various destinations on the west coast. All the views benefit from being seen on a sunny day but even on a wet and misty morning the scenery can still thrill.

The view of the islands on the day we decided to take the train from Fort William to Mallaig was superb and the combination of their shapes and the clouds made me smile. It is as if there are  smoke signals rising from the islands informing those on the mainland what is happening... and when you are in holiday mood, on a train, what is happening is pure pleasure. I can thoroughly recommend just sitting back and letting yourself get taken from A to B and delighting in every loch and lochan on the way.


If travelling by train doesn't float your boat, how about making the time pass slowly on a beautiful yacht. These boats were travelling up the 9 locks on the Caledonian Canal. A short journey of distance but one of amazing engineering, as they travelled from one gradiant to another. Time was immaterial as convenience won over travelling around the north of Scotland. We learnt that the canal was built during the Napoleonic wars as too many ships were being shipwrecked by the storms that gathered around the north coast of Scotland.


Metaphors abounding, scenery astounding, I am now enjoying the latest home enhancement project - creating an en-suite bathroom off one of the guest rooms! and yes projects are part and parcel of life's journey, although they bring their own surprises and not the pleasant ones of Argyll's sandy coves and glistening waters. During the renovations, the joiner and the electrician decided that due to the uneveness of the roofs, they needed to come down!... and so they did and much to our surprise we discovered 5 wasp bikes in the eaves! They are now dealt with and work is progressing along nicely. It is just like the effect of building the canal... sometimes what we plan has unexpected long term benefits. We are now wasp free... and previously we didn't even know that there were metaphorical storms gathering overhead.

Wimbledon... the place where dreams can be found. Andy (as in Andy Auld and not Andy Murray) and I were lucky to get tickets for the No 1 court on Friday the 27th June. Andy had drawn many Wimbledon tickets over the years from the Tennis Club's allocation but we had never managed to get ourselves down to the famous tennis arena. This year was to be the year... whether we got tickets in the draw or not... and we did! The power of intention folks...

We went down by train.. 1st class of course! on the Wednesday and intended to experience the queueing system on the Thursday. It is some system, with people camping from the night before and others queuing for 4-5 hours in the morning. We queued for 2 and half hours and met some lovely people in the queue including an American oil man from Houston! 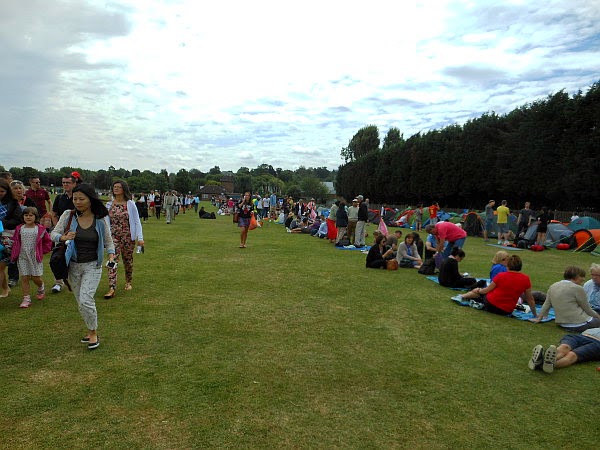 Once in the grounds we were amazed at the activity on all the courts with the players having to rise above the noise levels ... and focus on their games.

Yes the Pimm's was weaker than the kitchen measures and yes the champagne bottle had a tennis cover on it and yes the strawberries and cream were delicious and yes, yes we had a wonderful time.


How could we not with the sun shining and all the tennis players working at making their dreams come true.


It had been a dream of our's to visit Wimbledon, but how much more precious were the dreams of the players to reach the ultimate destination of the final. We saw Na Li's hopes being crushed and shared in the William's sisters losses. Discovered Mr Dolgopolov as seen below, who took Grigor Dimitrov to 5 sets. Alexander Dolgopolov, Dolgo to his friends, will be one to watch out for in the future I am sure.

We were inspired by Ross Hutchins and Heather Watson, who although they lost, made the story of tennis and overcoming the odds, a heart felt experience. So many heroes and heroines and no we didn't glimpse Andy Murray but I did say hello to Anne Hayden Jones who is still trying to work out who I was!

Attending Wimbledon may well be a fixture on the calendar for us ... don't think it will clash with any of the Italy visits! 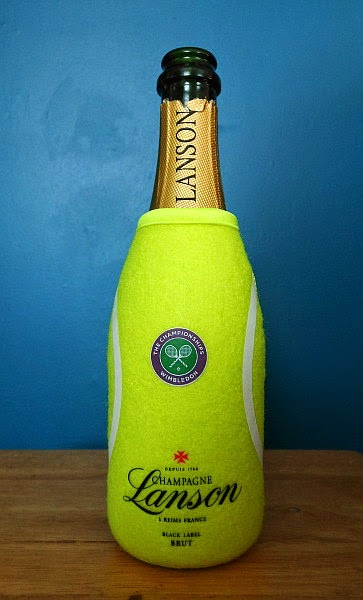 Cheers folks... even the champagne had a touch of the "Wimbledons"!